I’ve always wanted to visit the Lamington National Park after reading Bernard O’Reilly book Green Mountain which includes his own account of finding the aeroplane that was travel from Brisbane to Sydney and crashed in 1937. On the 2nd day O’Reilly found two survivors and the wreckage.

The drive up to Green Mountain campgrounds is unbelievable, I have never been on such a bendy twisty road, with shear drops on the side of a mountain. Excellent to drive maybe not so good as a passenger.

Lots of roadworks, looks like there putting up guard rails and stabilising the cliff face, as you could see guys hanging off ropes with machines. The last part of the drive was incredible, driving through forest with trees encroaching on all sides making it extremely dark and most of it single lane.

I arrived at the campsite and chose my site, then made a booking online for one night, later changed to two nights.

The campground has sites for tents and camper vans and at $6.55 in a stunning location, it sure beats paying $150+ 400m up the road.

Don’t get me wrong I would pay that if I was here with a girlfriend unless she was a camper, but while I’m single it’s cheap nights camping for me.

After setting up I decided visit the gift shop then look around the bronze status of O’Rilley depicting the rescue and a model replica of the Stinson aeroplane.

I then chose to check out three short walks closest to my campsite before dinner, as I’d been sat in the car for hrs driving and needed to stretch my legs and was feeling the call of nature.

This walk was from O’Reilly’s gift shop to the start of the other two walks, it was almost flat and bitumen the whole way. I imagine if your in a wheelchair it’s a racing dream as it had racing chicanes, switchback with blind corners with a slight gradient down hill.

This was a nice forest walk with a few birds hopping around and cool in the afternoon.

This track had a little decline down to the lookout and you walked among some beautiful ferns that I know my mother loves.

Quite a nice lookout at the end of the track, a little haze from wild fires burning. 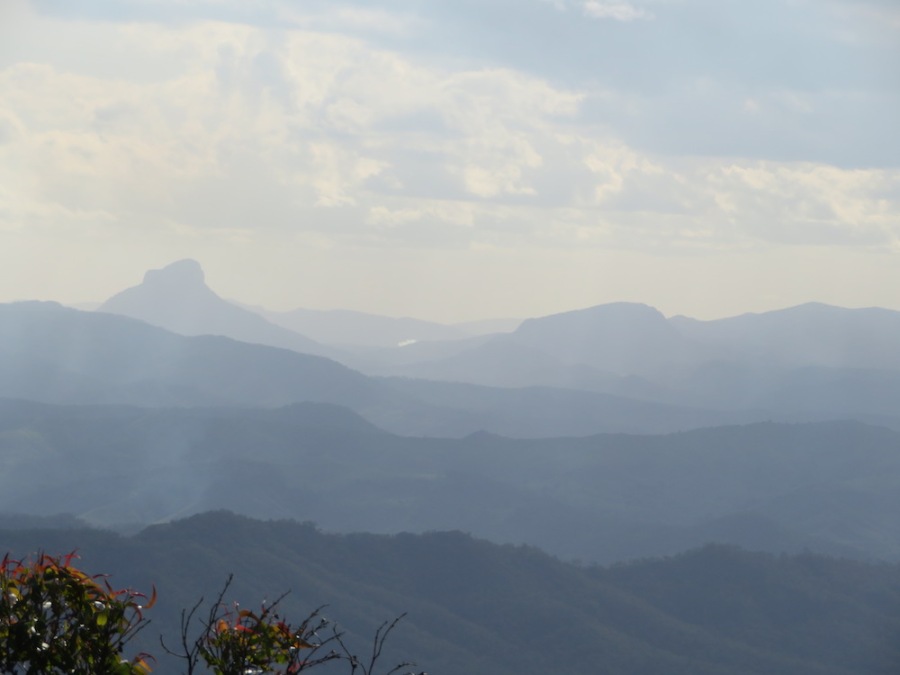 This walk was a little more challenging than the other two but still fairly easy and it had two lookouts, one of the waterfall and the other of the magnificent vistas as the sun was going down, you could also see some wild fires in the distance.

After my walks I decided that I could treat myself to a little chocolate, unfortunately the shop had closed 40mins earlier. So the next best thing rather than setting up my bbq, I decided to cheat and popped into the resort for pizza and a cider. Then the challenge of walking down the hill in the dark trying to find my tent because I spent too long looking at the sunset and eating pizza.