There isn’t many places around the world that you get to walk inside lava tubes, so I wasn’t going to miss this opportunity on the Undara Experience.

I booked myself into the same tour as Jason and his family, we caught the tour bus from outside the resort reception and off to the lava tubes we went.

The bus driver was also our tour guide was very informative about the lava tubes, and how they formed.

The lava starts oozing out of the volcano and running into the low laying areas of a creek bed then starts cooling down and creates a roof and the remainder of the lava is still hot.

It’s a little more complicated and a few more steps involved and as I step off the bus and out into the fresh air so does my newly found knowledge never to be seen again. Iv’e said before I have the memory of a fish and look as gormless as one too.

We walk down some 20 stone stairs and into the lava tubes, some young girl has coordination problems and it takes her about 10mins to tackle them. 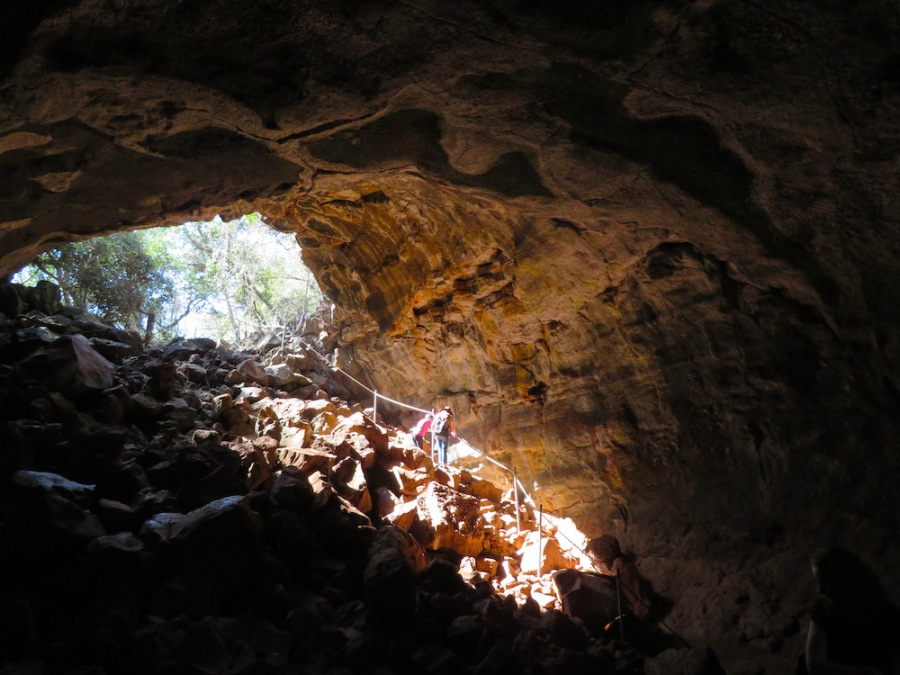 The guide explains again how the lava tubes were formed and shows us some bones of animals that have been found in the lava tubes.

You then walk from one side of the tube to the other along a plastic boardwalk to keep you away from the walls and touching things.

We then walk off into a second lava tube which is much more interesting and is much more colourful than the first.

As we get to the end of the lava tube we can see where the roof and floor meet creating some wonderful rock formations with spectacular colours.

There is no light so everything is illuminated by the guides torch and those that brought them. I didn’t think to bring one as I thought they would have been supplied on the tour. 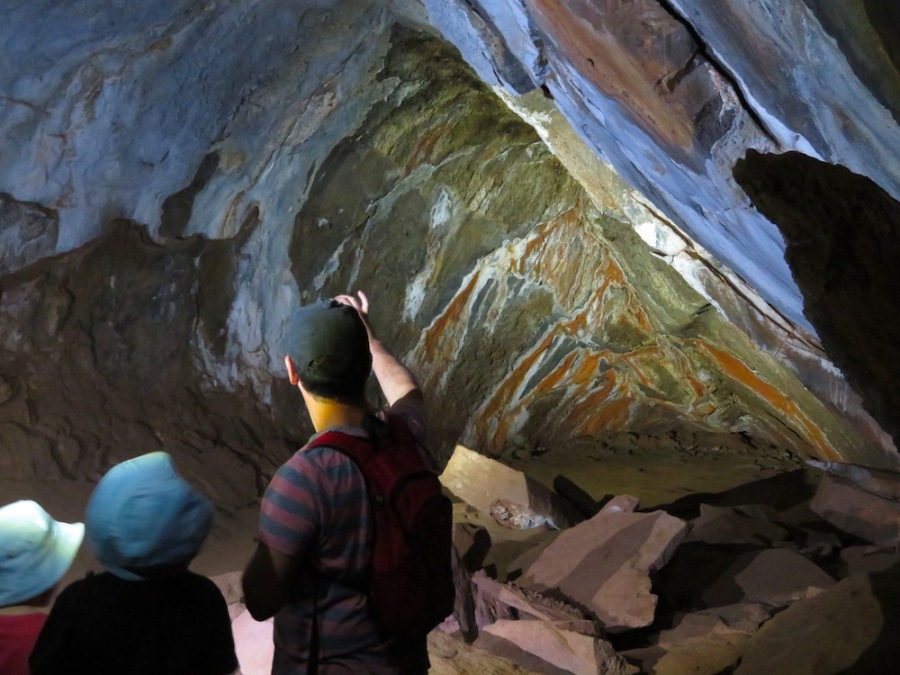 We then turn around and to our surprise find that there’s another lava tub joining the one were in, so we exit out of this second tube.

Half way down the tube we stop and micro bats are pointed out to us and some cane toads, the toads are pests and will be removed later on by the national parks and wildlife service. 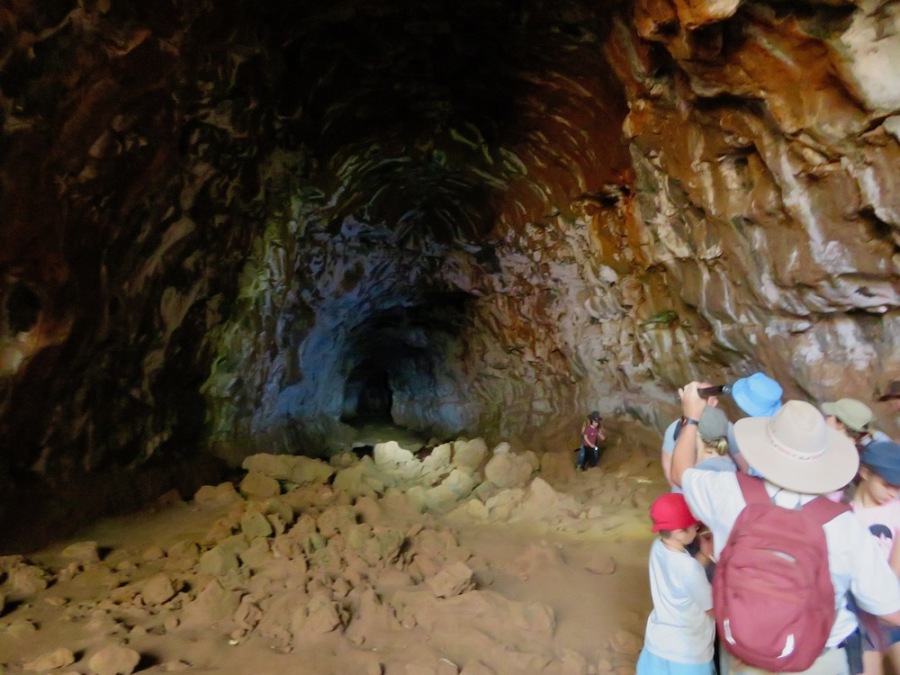 It was cool inside the lava tubes and apparently it the place to be in the middle of summer.

The lava tube are old river courses they do fill up in the wet season, this is spectacular as the water seeps up from the ground so is crystal clear as there is very little movement to cloud up the water.

The tour is very interesting and takes a few hrs to complete and good value for money, we chose the wind tunnel as it was a little more challenging as you walk over rocks and have to be a little more sure on your feet.

The good news with this approach was no little old ladies with iPads spoiling my view so I enjoyed the lava tubes much more than my experience in the gorge.