I was officially now on Mike and Jennies adventure, which is kind of cool as I don’t plan anything nowadays I just go with the flow.

We walk 900m from our campsite to Herberton’s historic village, which I didn’t know anything about apart from it’s supposed to be a full day.

This little gem was under $30 which made a change for a tourist attraction and you also received a three day pass as the place was packed full of historic buildings and machinery way too much for a single day.

Back in 1973 Harry Skennar started created this historic village by the Wild River to preserve history for years to come.

While wondering around the village 200 school students arrived but it was so extensive we didn’t bump into them much and they were also well behaved.

The village layout has rows of buildings that you can wonder around and through from butchers, newsagents, chemist, garage, toy shop and many more.

The garage had some very well restored old cars and many more out side that were rusting away. 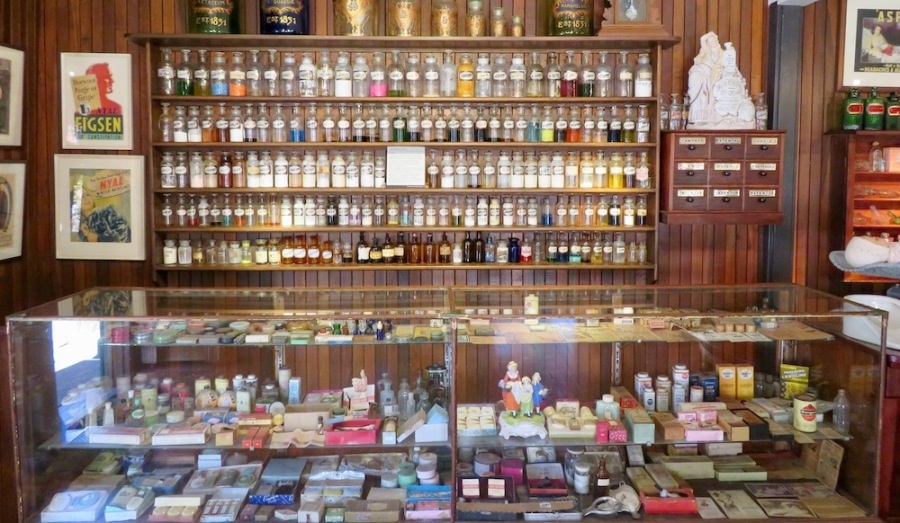 All the shops were absolutely full of products from yesteryear and you could easily spend hours in each one.

We wandered over to the blacksmith demonstration and he was surrounded by school students. It was good to see him interacting with the students and getting them heat up coals with a had blower.

After the students left we must have stayed a further 30mins just watching him work, he kept working the metal and shaping it into a fire poker with a bulls head. 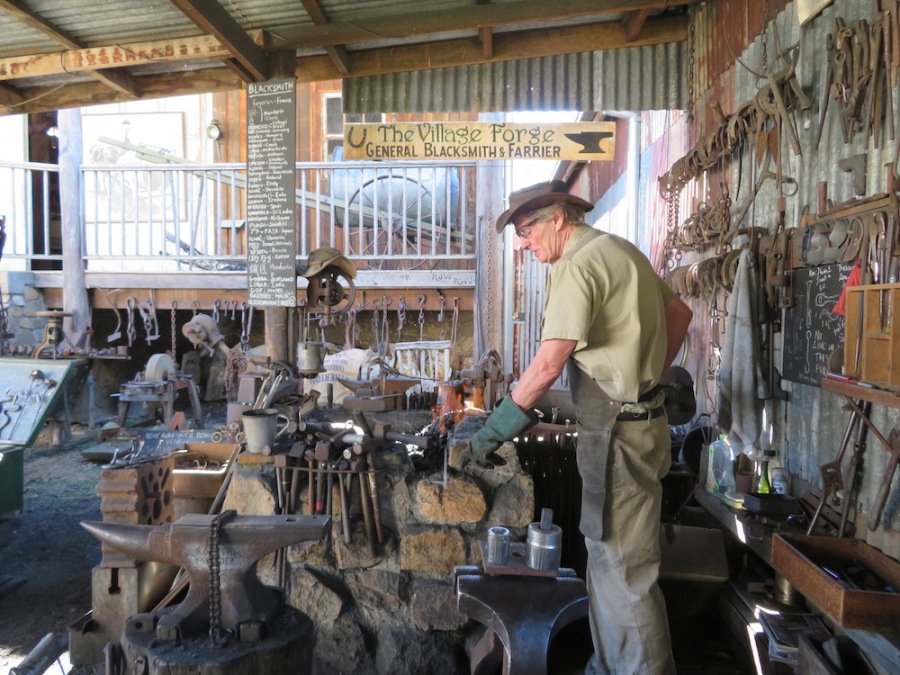 As he worked he explained every process and made sure you could see the progress of the bull. When we visited the next day, Jennie was straight into the gift shop and spotted the artwork he’d been working on and purchased it as a keep sake.

Other interesting works of art the blacksmith had won an art prizes for were this crocodile, a very clever use of scrap metal. 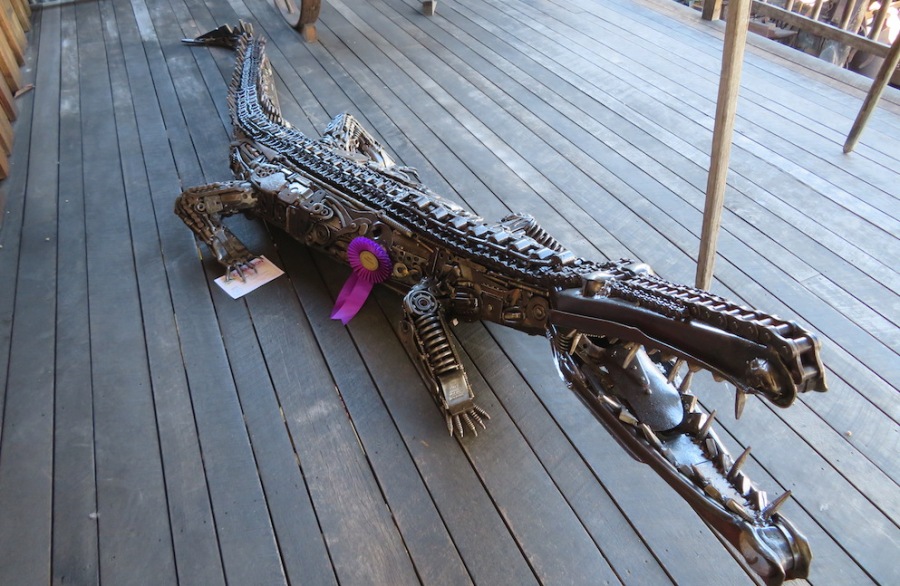 We went to see the woodwork demonstration unfortunately he just wanted to have a chat and sell his work so we didn’t get to see any wood turning, which we were looking forward to.

The other working demonstration was the printer which had an amazing workshop to look around, with all the printing presses and typesetting equipment.

We wondered over to the toy shop and they had some model trains which I found out Mike didn’t have as a kid and was a sore point, so just to rubbed it in I told him all about my collections of trains, because sometimes I’m evil, lol.

They also had a collection of dolls and doll houses but this is what night mares were made of and kinda freaked me out a little.

Ive found the next canoe I would like to purchase maybe I could have a much smaller one made that just sits above the waterline. 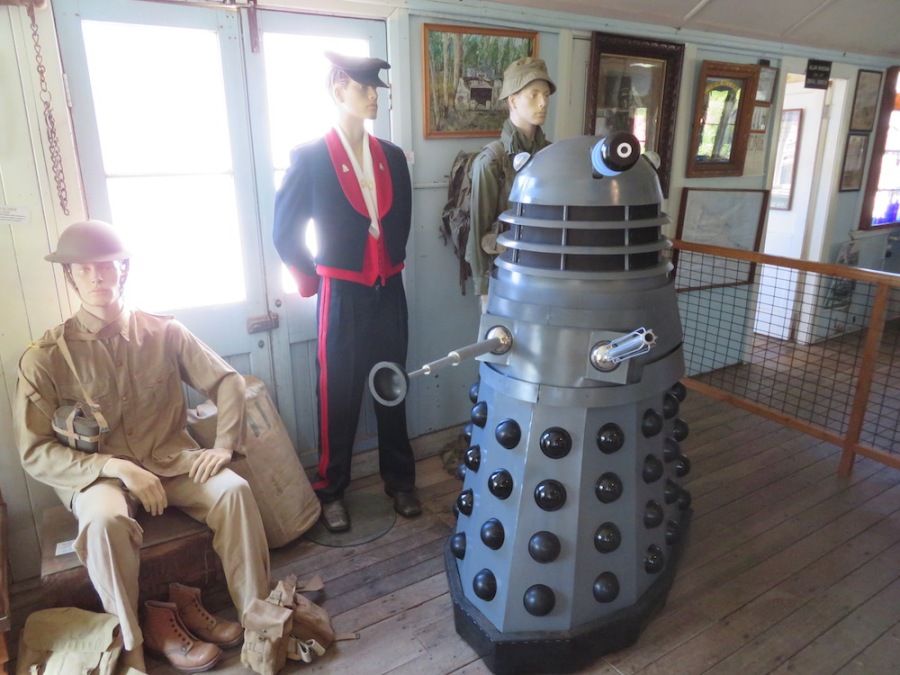 In the war period of the historic village I came across a something a little odd, can you see something wrong with this picture ?

Another interesting part of the village was a railway and from memory we did this on the second day for a cost of $5 return. We jumped aboard the old battery powered train and traveled a few km into the Herberton town proper. 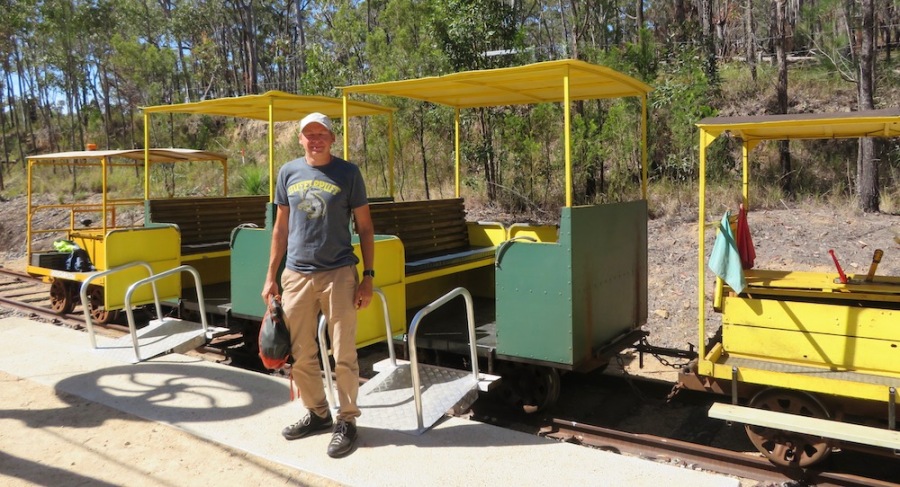 The railway is maintained by a handful of volunteers and they have laid and repaired all the tracks by hand.

They are in the process of restoring a few of the old carriages and hope to have a steam train running by the end of this year or early next year. I guess the price will no longer be $5 when this change happens.

We then visit a cafe and the owner is a film buff and the walls are covered in movie memorabilia which I found fascinating and went back to have a chat with her the following day and eat some of her home made pies again. 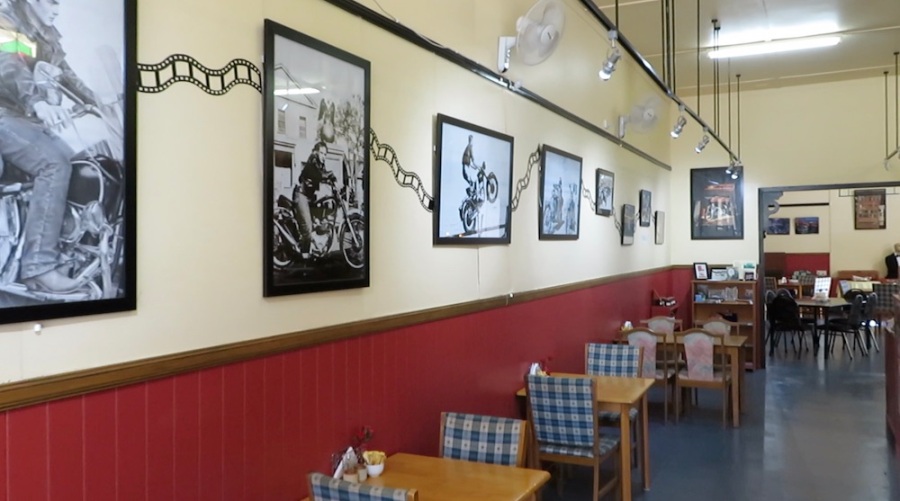 She’s hoping to sell the cafe and make a movie in the next few years about a guy that’s bullied into war. She was really interesting and I wish her well with her movie as we talked about it for ages as I also showed her some of my work.

I also visited an antique shop in the Main Street and bought myself some old comics I used to collect as a kid. For $10 I think it was a bargain and I’m looking forward to reading them one night. 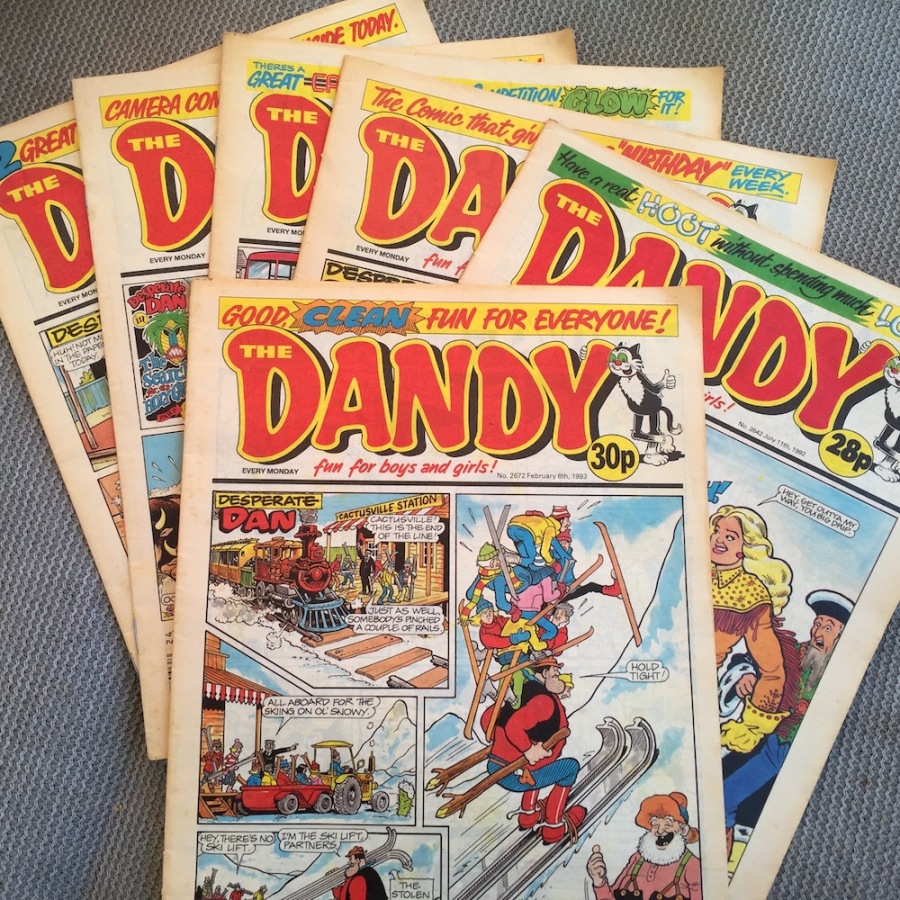 This was an excellent experience to tag along on someone else’s adventure and I’m glad to have found such good friends as Mike and Jennie.

I also went walking with them a week later and fed a donkey and almost stepped on a snake, so stay tuned for more excitement.